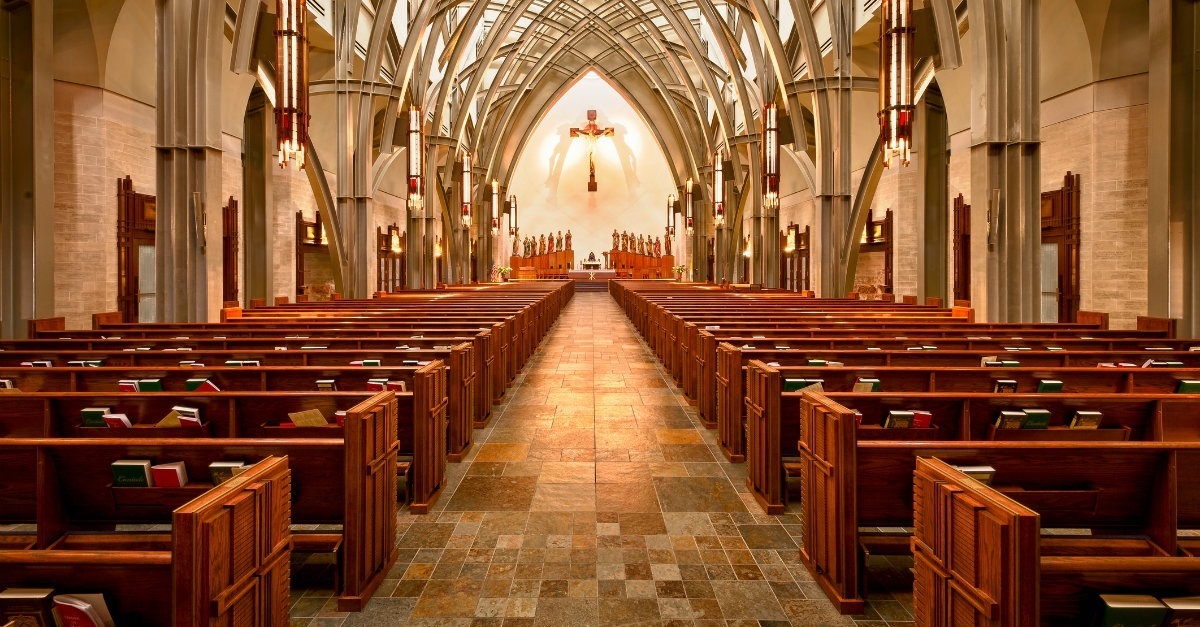 Have you come across that line yet? “The church in America is dying”?

We hear it from some pollsters and from people all over social media. They count heads and conclude that if membership numbers are down or if fewer Baptists are serving in Congress or the Catholic church is having internal problems, the church must be dying.

We get the impression that the speaker–the one with the harsh pronouncement–wishes it were so.

Few things fire me up more than someone saying, “The church in America is dying.” I’m completely convinced that is entirely wrong and completely asinine. It’s an insult to the Lord Jesus Christ about His Church, slander against the thousands upon thousands of faithful congregations hard at work, desperately trying to get it right, and is completely at odds with the real evidence.

In the midst of just such a discussion, someone pointed out that it may well be true that nominal church membership in America has declined. And that membership numbers of mainstream churches are dwindling. Even if we concede this, it’s not necessarily a bad thing. It’s not like there aren’t ten thousand churches in America that are thriving–and thriving in the best sense of the word.

“Well, the numbers indicate…” Anyone who knows the first thing about Scripture surely knows the Lord never put a prize on huge numbers.

To make a case for that, the church of pre-Constantine days, persecuted and driven underground, was stronger and more vibrant than it became once the Emperor legalized Christianity and when pomp and pageantry became the order of the day. The larger numbers and overflowing coffers were accompanied by a lessening of the persecution God’s people had lived under, but church historians have long noted that the Church of the Lord Jesus Christ does not fare well when politicians take ownership. As has been said, when we mix religion and politics, we get politics.

Throughout the centuries, at any given time some churches will be dead and others on life support. Nothing new about that. Toward the end of the First Century, the ascended Lord Jesus said of the church at Sardis, “You have a name that you are alive, but you are dead” (Revelation 3:1). So, nothing in this piece should be interpreted as denying that some churches have died on the vine. And even if an entire denomination ceases to exist, that is a far cry from saying the Church itself is on the way out.

God’s people–and everyone interested in truth–must be cautious in making such sweeping statements as “the church is dying in America” or even that a particular denomination has called in hospice.

There are non-indicators of life in churches, all would agree.

Big attendance may prove nothing other than the church has a popular speaker or that neighborhood is experiencing a rapid influx of church-goers. Lots of meetings and a full slate of activity does not prove that Jesus Christ is in that place. Noise. Fancy doodads. Lots of money. You can have them without being alive in Christ.

So, smaller attendance in church congregations, fewer television evangelists, or a decline in seminary enrollment may indicate a lot of things, but not necessarily that the cause of Christ is being abandoned.

So, what would be indicators of life in God’s people?

The fruit in a Christian’s life and in a Christian church could be of a great variety, but these two predominate: people being saved and the saved becoming more like Jesus. Evangelism and spiritual growth. Anyone been saved in your church lately?

The call to missions, to pastor churches, to do bold and innovative things in furthering the gospel of Jesus Christ are signs of health in a church. Has your church ordained anyone to the ministry lately?

One pastor said, “In talking to the youth in our church, I was amazed at their faith in Christ and their love for the Lord.” How are the young people in your church?

When you see God’s people loving the unlovely and showing genuine care for people whom they have nothing in common with, you know it’s a God thing. Anyone in your church who doesn’t look like the rest of you?

More love for the Word, and a devotion to studying and obeying it, as well as distributing it–these are great indicators of life in a congregation. How is the Bible study in your congregation?

Dealing with past sins–wrongs and omissions–mental health, etc. Over the last few years, our denomination (the SBC) has passed resolutions confessing and apologizing for racism and other wrongs. A good sign.

Even as some churches are always dying for a hundred reasons, a sign of vitality in a denomination is new church plants. In my former hometown of New Orleans, I’m told there are many new congregations of all types, many of them Baptist, but certainly not all. Good.

Sacrificial giving and living. When you see people denying themselves in order to minister to the hurting and needy, that’s a sign of health, an evidence of the presence of Christ in that life.

9. Outreach to the poor.

Defending the poor, the orphans, the needy, the voiceless and defenseless is a huge deal with our God, as found in both Testaments. My friend Stan Buckley, founder and leader of “But God Ministries,” based here in Jackson, MS, shared with some of us recently about their presence in Haiti with medical clinics, homebuilding, and a holistic approach. Then, BGM went a step further and established a similar ministry in the poorest town in the Mississippi Delta.

Those are nine indicators of health. You’ll think of more.

God is at work today, perhaps more so than any time in my life, working in churches and parachurch ministries and God-called ministers.

These days, in my retirement ministry, I’m in a different church almost every week. What is delightful is to find rural churches of less than a hundred in attendance involved in world missions. Several times a year, I preach in Centreville, MS’s Baptist Church. In almost every instance when I’m there, it’s because Pastor Dennis Johnsey is with a missions team from that church in Ukraine or somewhere across the globe.

Another church where I spoke recently, the people were ministering in Belize. My son and daughter-in-law were in Puerto Rico this week with a group from their church in Mobile, AL, putting roofs on people’s homes.

Those ministries rarely show up on anyone’s polls or stat sheets.

I can hear the detractors saying, “We’re not saying there are no healthy churches and no solid Christians. Only that the Church is on its way out here in the affluent western world.” And I answer…

Be careful that you do not slander the Bride of Christ. When you pronounce a denomination dead or even one church dead, you’d better be on firm footing and know what you’re talking about.

It’s just possible the Lord is doing far more than you can see. Just possible.

This content first appeared on Crosswalk.com and is used here with permission. To view the original visit: https://www.crosswalk.com/blogs/joe-mckeever/is-the-church-in-america-really-dying.html

Together in Heavenly Places - Streams in the Desert - October 28