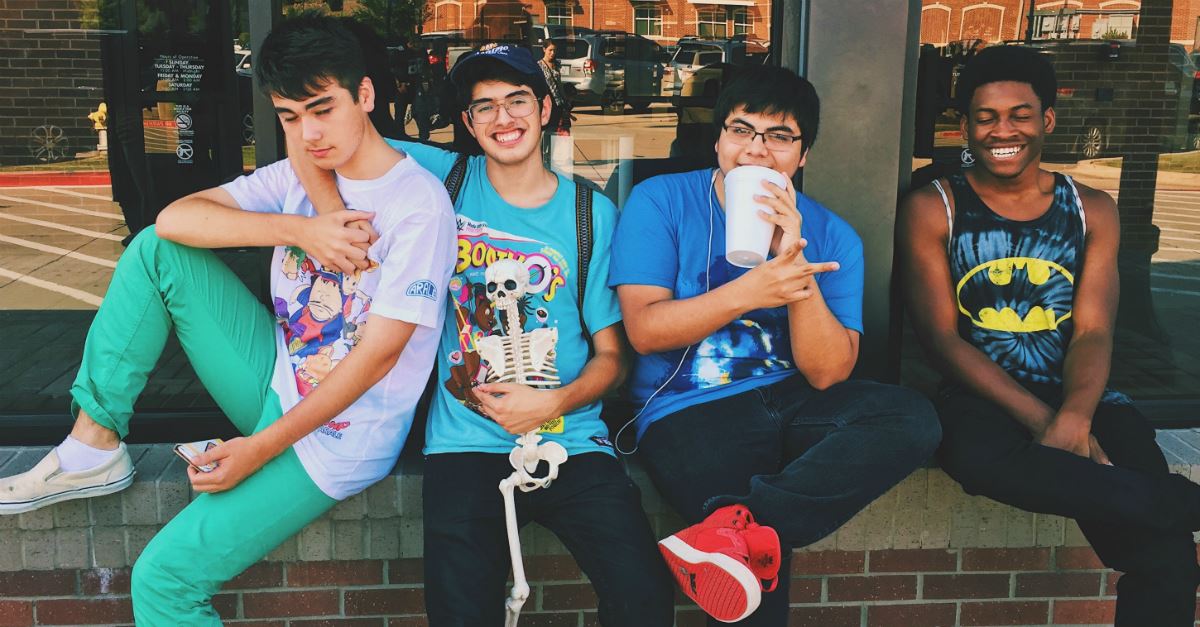 I just noticed something in my social media archive app. Some time ago I had posted on Twitter the following words:

Parents of small children, don’t let people fill you with dread about ‘just wait till the teenage years.’ We find these years a source of joy, and even fun. I’ve been a teenager, and I’ve parented teenagers. This is the better part.

I stand by those words. Here’s why:

It’s Best to Disregard Others’ Cynicism about Your Life Stage

To some degree, what I was combatting with this message is a much larger reality. I tell couples in premarital counseling all the time not to listen to people who will say, “Just wait until that first year of marriage; the fighting is awful.”

And I tell newlywed couples not to pay attention to those who say, “Yeah, you’re happy now; just wait until the honeymoon’s over…until you have kids…until…”

There’s a certain sort of personality that just likes to cast any stage of what seems like happiness as naïve ignorance just on the precipice of being disillusioned by cynicism. For almost everyone, that’s best disregarded. When it comes to the prospect of teenage children, though, that’s maybe especially pronounced.

A toddler throwing a temper tantrum is a problem, but a 16-year-old with a DUI is a crisis. A kindergartener who isn’t invited to a classmate’s birthday party is sad, but a teenager who is pregnant is a tragedy.

Add to that the truth that most of us don’t remember clearly all the states of mind that we had as toddlers, but almost all of us remember with clarity what it’s like to be a teenager. As a matter of fact, most of us feel internally just as we did when we were 16 or 17 years old, just with (one hopes) a better perspective on what matters, less hormonal chaos going on inside, and a lot less energy.

We Still Remember the Thrills and Dangers

We know how thrilling those high school moments can be, and how dangerous, too. Those who rebelled as teenagers think about what they did, and what could now happen with their children.

Those of us who didn’t rebel that much, think about the life trajectories of some we know who did, and tremble to think of such happening to our children.

But, above all of that, I think the reason for parental anxiety about the teenage years is what psychologists call “imposter syndrome.” When we were teenagers, we implicitly trusted (even if we rebelled against it) that there were grown-ups around who were responsible and who could fix our catastrophes if needed.

Now, suddenly it seems, we are those grown-ups, and we realize that we don’t have the confident wisdom and competence we assumed came along with adulthood. We are responsible, the stakes are high, and we have fewer tools in our repertoire to deal with people who physically look and sound more or less like adults, who can make adult-size messes out of their lives, but whose brains and consciences are far from adulthood.

If that’s you, calm down. Like any form of imposter syndrome, this is just a comparison of your reality to some imaginary ideal, to which no one ever attained. Your parents felt the same way when you were 14 years old, and their parents did when they were.

Yes, the teenage years are a time of transition and sometimes tumult. Adolescents are seeking to figure out how to differentiate themselves from their parents in some ways, to figure out what belongs to them and what is merely part of their family inheritance. That’s normal, and it’s not a repudiation of you. Yes, awful things can happen. That’s true at any age, just in different ways.

Rather than Fear, Enjoy Your Teens while Trusting God

As Wendell Berry put it, “Children, no matter how nurtured at home, must be risked to the world. And parenthood is not an exact science, but a vexed privilege and a blessed trial, absolutely necessary and not altogether possible.”

A vexed privilege and a blessed trial—yes indeed; everything worth experiencing in this cross-shaped world is just that.

Don’t fear the teenage years. And don’t take them for granted either.

They, like life itself, are a vapor, that appears for a little time and then vanishes away.

This content first appeared on Crosswalk.com and is used here with permission. To view the original visit: https://www.crosswalk.com/blogs/russellmoore/parents-dont-fear-the-teenage-years.html

How to Stop Being Afraid of Making the Wrong Decision - iBelieve Truth: A Devotional for Women - January 29