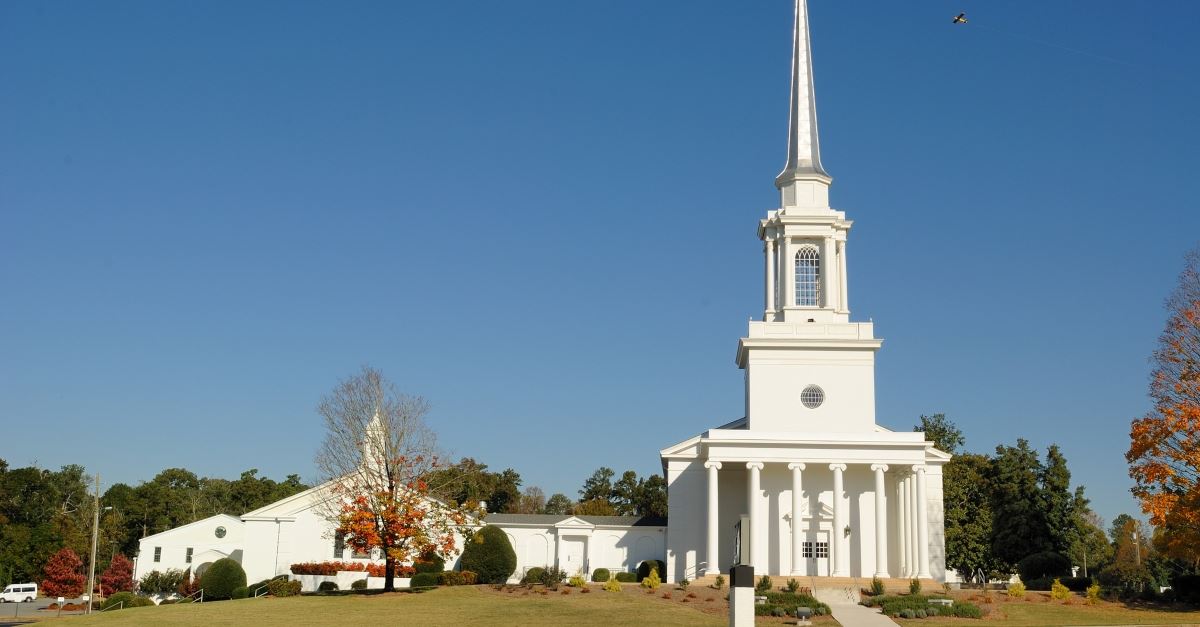 With the 2019 annual meeting of the Southern Baptist Convention taking place next week in Birmingham, I thought it would be helpful to share these 10 things I wish everyone knew about Southern Baptists.

1. Westboro Baptist Church isn’t one of us.

Sometimes, people assume when they see Westboro Baptist Church with its hateful signs, picketing, and protesting that this church is one of ours. It isn’t. As a matter of fact, Westboro pickets us too, most years. They reject what we believe is the core of our belief—that the gospel is offered to all persons— and instead they believe that God delights in condemnation and damnation.

We are a missionary people, who want to see everyone—including people who hate us—reconciled to God through the gospel. That’s why, when I have reason to write about the group, I usually do so with the Westboro Baptist (sic) Church (sic). If I lived in a place called “Westboro,” I would probably add a third 'sic.'

2. We emphasize hellfire and brimstone, but probably not how you think.

Southern Baptists—like all orthodox Christians—believe in a coming day of judgment. Like Jesus and John the Baptist, we warn people of the eternal consequences of their spiritual decisions. But some think that Southern Baptists believe the judgment of God is reserved for people who don’t believe or behave like we do. That’s far from true.

One of the first things we learn as children is that “All have sinned and fall short of the glory of God” (Romans 3:23). That includes us, and when we speak of sinners, we are speaking about all human beings (except for One notable exception).

3. We are defined by the gospel of Jesus Christ, which is good news.

We share our faith with our neighbors and send missionaries all over the world because we believe that God has made a way for sinful humanity to be reconciled to God. We believe Jesus took on our humanity, died under the curse we incurred with our sin, was raised from the dead, and stands now as our High Priest before the throne of God.

Our lives are hidden in Christ, so that his cross is our cross, his life is our life. We are forgiven of sin, but this is not just some sort of amnesty for the afterlife. In Christ, God has adopted us as his children, and we are named “joint heirs” with Jesus so that his future is our future—and it is more than we could even imagine right now.

This sort of peace with God is offered to anyone, no matter who that person is or what he or she has done, on the condition of repentance from sin and faith in Christ. When we’re not as joyful as we ought to be, it’s because we need to be reminded of how good it is to be those who were lost and are now found.

It’s why when there’s a disaster—whether it’s Hurricane Sandy or the Nepal earthquake or a famine in Africa—Southern Baptists are among the first in and the last out to minister to those affected.

4. Southern Baptists are committed to a believers’ church.

We don’t baptize babies because we believe that people come into the body of Christ not by physical birth but by a new birth that takes place when one is joined to Christ in repentance and faith. Baptism, for us, is a sign of our identification with Jesus in death, burial, and resurrection.

That has implications for how we admit members to our churches—only those who profess personal faith in Christ and who follow him in baptism and in how we hold one another accountable in our churches to live lives that reflect the lordship of Christ.

5. We don’t agree on everything, but we’re more united than you might think.

Many think Baptists are always fighting, and there’s some truth to that. We were birthed, after all, in dissent from established churches and we’ve lived through all sorts of controversies, so there’s a fighting side to us.

That said, Southern Baptists are unified around a common theology. We believe, for instance, that the Bible is completely true and is the Word of God. Our theological consensus is found in our Baptist Faith and Message statement.

We gladly join together across such differences to affirm primary doctrines together and to work together through our funding mechanism (we call it the “Cooperative Program”) to send missionaries, plant churches, and train future leaders.

The name “Southern Baptist Convention” can confuse people who assume that this means we are limited to the states below the Mason-Dixon line. That was true at our founding, but isn’t true at all now. There are Southern Baptist churches in all 50 states. That’s why you might be surprised to meet a Southern Baptist from Portland, Oregon or Portland, Maine who doesn’t say “y’all” or like sweet tea.

Our geographical diversity had led us several times to consider changing our name, but we decided against it because the name ‘Southern Baptist’ has “brand identification” in American life, distinguishing us from some other groups.

7. There are some things in our past we’re ashamed of.

When I say that we are all sinners, I don’t just mean that all of us individually have a past. Sin expresses itself through structures and systems, too — and the SBC is not exempt from that.

Some brave Christians — some Southern Baptist, many not — prevailed by showing that white supremacy is directly contradictory to what Southern Baptists profess to believe, that all persons are made in the image of God and that the gospel reconciles us to God and with one another.

Among the fastest growing demographics in the Southern Baptist life are African-American, Hispanic, and Asian-American congregations. The most vibrant of our churches often include many languages and ethnic groups.

Though positive steps have happened, it’s not good enough for many of us, since we believe the church is designed to be a preview of the coming kingdom of God—a kingdom that is made up of those from every tribe, tongue, nation, and language. Most of the body of Christ, on earth as well is in heaven, isn’t white and has never spoken English.

We celebrate our growing diversity, including seminary programs intentionally training the next generation of ethnic minority leadership, even as we note that we have far yet to go. With every year that passes, we have more and more salsa at our church potlucks, and we like it that way.

9. We believe in religious liberty for everyone, not just ourselves.

Baptists began as a persecuted people, hunted from our homes in England and later colonial America because of our convictions. Many of our heroes were in prison for preaching the gospel.

The First Amendment to the U.S. Constitution is there because of the persistent agitation of those such as Virginia Baptist preacher John Leland, who demanded full religious liberty for everyone—believers and unbelievers.

Because of what we believe about the gospel, we don’t think a state-coerced faith is a genuine faith. And because we believe that each person must give an account, personally, before the judgment seat of Christ, we don’t support any king, dictator, legislature, or bureaucrat inhibiting anyone’s free exercise of religion. Jesus taught us to render unto Caesar that which is Caesar’s, and the conscience doesn’t belong to Caesar.

10. Authority goes to autonomous churches governed by Christ, not a hierarchy.

Some churches and denominations have decisions made at the top—by bishops or other leaders—and these decisions filter down to the churches. Our decisions go the other way. We think every church, no matter where or what its size, is governed by Jesus through his Word and by his gifts and is free from dictation by any other church or by some religious bureaucracy.

This commitment to what we call “the autonomy of the local church” shows up even in our annual meeting. Any “messenger”—someone sent from our churches—can make any motion or come to a microphone and say anything. This leads to unpredictability because our meetings aren’t scripted and choreographed in some “headquarters.”

That’s why the SBC was able to turn away from theological liberalism in the 1970s and 1980s toward orthodox, evangelical conviction. The people had the final say.

This content first appeared on Crosswalk.com and is used here with permission. To view the original visit: https://www.crosswalk.com/blogs/russellmoore/things-to-know-about-southern-baptists.html