Many years ago, Dietrich Bonhoeffer coined a term that has come to characterize much of evangelical Christianity-it's the term "cheap grace." Cheap grace is in reality a self-imparted grace, a pseudo-grace, and in the end the consequences of living by it are very, very costly.

Cheap grace is not at all a reference to God's grace; it's a contemptible counterfeit. It's a grace that is "cheap" in value, not cost. It is a bargain-basement, damaged-goods, washed-out, moth-eaten, second-hand grace. It is a man-made grace reminiscent of the indulgences Rome was peddling in Martin Luther's day. Cheap? The cost is actually far more than the buyer could possibly realize, though the "grace" is absolutely worthless.

Bonhoeffer was a German Lutheran pastor and Nazi resister. He was hanged in 1945 by SS guards, but not before his writings had left their mark. Bonhoeffer's theological perspective was neo-orthodox, and evangelicalism rightly rejects much of his teaching. But Bonhoeffer spoke powerfully against the secularization of the church. He correctly analyzed the dangers of the church's frivolous attitude toward grace. After we discard the neo-orthodox teachings, we do well to pay heed to Bonhoeffer's diatribe against cheap grace:

Cheap grace means grace as a doctrine, a principle, a system. It means forgiveness of sins proclaimed as a general truth, the love of God taught as the Christian "conception" of God. An intellectual assent to that idea is held to be of itself sufficient to secure the remission of sins. The Church which holds the correct doctrine of grace has, it is supposed, ipso facto a part in that grace. In such a Church the world finds a cheap covering for its sins; no contrition is required, still less any real desire to be delivered from sin. Cheap grace therefore amounts to a denial of the Incarnation of the Word of God.
Cheap grace means the justification of sin without the justification of the sinner. Grace alone does everything, they say, and so everything can remain as it was before. "All for sin could not atone." The world goes on in the same old way, and we are still sinners "even in the best life" as Luther said. Well, then, let the Christian live like the rest of the world, let him model himself on the world's standards in every sphere of life, and not presumptuously aspire to live a different life under grace from his old life under sin (The Cost of Discipleship [New York: Collier, 1959], 45-46).

Cheap grace has not lost its worldly appeal since Bonhoeffer wrote those words. If anything, the tendency to cheapen grace has eaten its way into the heart of evangelical Christianity. While verbally extolling the wonders of grace, it exchanges the real item for a facsimile. This bait-and-switch tactic has confounded many sincere Christians.

Many professing Christians today utterly ignore the biblical truth that grace "instruct[s] us to deny ungodliness and worldly desires and to live sensibly, righteously, and godly in the present age" (Titus 2:12). Instead, they live as if grace were a supernatural "Get Out of Jail FREE" ticket-a no-strings-attached, open-ended package of amnesty, beneficence, indulgence, forbearance, charity, leniency, immunity, approval, tolerance, and self-awarded privilege divorced from any moral demands.

Sadly, the rank-and-file Christian is further cemented in an unbiblical view of grace by what comes out of some seminaries. There are scholars who actually legitimize the error as a correct understanding of grace. They call their teaching "grace theology" and their movement "The Grace Movement."

They advocate a "grace" that alters a believer's standing without affecting his state. It is a grace that calls sinners to Christ but does not bid them surrender to Him. In fact, no-lordship theologians claim grace is diluted if the believing sinner must surrender to Christ. The more one actually surrenders, the more grace is supposedly watered down. This is clearly not the grace of Titus 2:11-12.

No wonder Christians are confused. Christian churches mirror the world; Christian leaders follow the culture; and Christian theologians provide their stamp of approval. The situation is nothing short of deplorable.

But here's what I propose-let's start by laying down a biblical definition of grace with this simple question: What is grace?

What is Grace According to the Bible?

Grace is a terribly misunderstood word. Defining it succinctly is notoriously difficult. Some of the most detailed theology textbooks do not offer any concise definition of the term. Someone has proposed an acronym: GRACE is God's Riches At Christ's Expense. That's not a bad way to characterize grace, but it is not a sufficient theological definition.

One of the best-known definitions of grace is only three words: God's unmerited favor. A. W. Tozer expanded on that: "Grace is the good pleasure of God that inclines him to bestow benefits on the undeserving." Berkhof is more to the point: grace is "the unmerited operation of God in the heart of man, effected through the agency of the Holy Spirit."

Grace is not merely unmerited favor; it is favor bestowed on sinners who deserve wrath. Showing kindness to a stranger is "unmerited favor"; doing good to one's enemies is more the spirit of grace (Luke 6:27-36).

Grace is not a dormant or abstract quality, but a dynamic, active, working principle: "The grace of God has appeared, bringing salvation…and instructing us" (Titus 2:11-12). It is not some kind of ethereal blessing that lies idle until we appropriate it. Grace is God's sovereign initiative to sinners (Ephesians 1:5-6).

Grace is not a one-time event in the Christian experience. We stand in grace (Romans 5:2). The entire Christian life is driven and empowered by grace: "It is good for the heart to be strengthened by grace, not by foods" (Hebrews 13:9). Peter said we should "grow in the grace and knowledge of our Lord and Savior Jesus Christ" (2 Peter 3:18).

Thus we could properly define grace as the free and benevolent influence of a holy God operating sovereignly in the lives of undeserving sinners.

Grace has its own law, a higher, liberating law: "The law of the Spirit of life in Christ Jesus has set you free from the law of sin and death" (Romans 8:2; cf. James 1:25). Note that this new law emancipates us from sin as well as death. Paul was explicit about this: "What shall we say then? Are we to continue in sin that grace might increase? May it never be! How shall we who died to sin still live in it?" (Romans 6:1-2). Grace reigns through righteousness (Romans 5:21).

That is the good news of the gospel! God has acted to set us free from sin-not just the consequences, but it's very power and presence. One day we will never know the experience of temptation, a stray thought, a misspoken word, a false motive. Guilt will be gone, and with it shame, and "so we shall always be with the Lord" (1 Thessalonians 4:17).

In the meantime, we enjoy the liberation from sin's cruel power and defiling influence. God has enabled us, through grace, to "deny ungodliness and worldly desires" so that we can enjoy a sensible, righteous, and godly life in the present age (Titus 2:12). "For we are His workmanship, created in Christ Jesus for good works, which God prepared beforehand, that we should walk in them" (Ephesians 2:10).

Adapted from The Gospel According to the Apostles © 2000 by John MacArthur. All rights reserved. 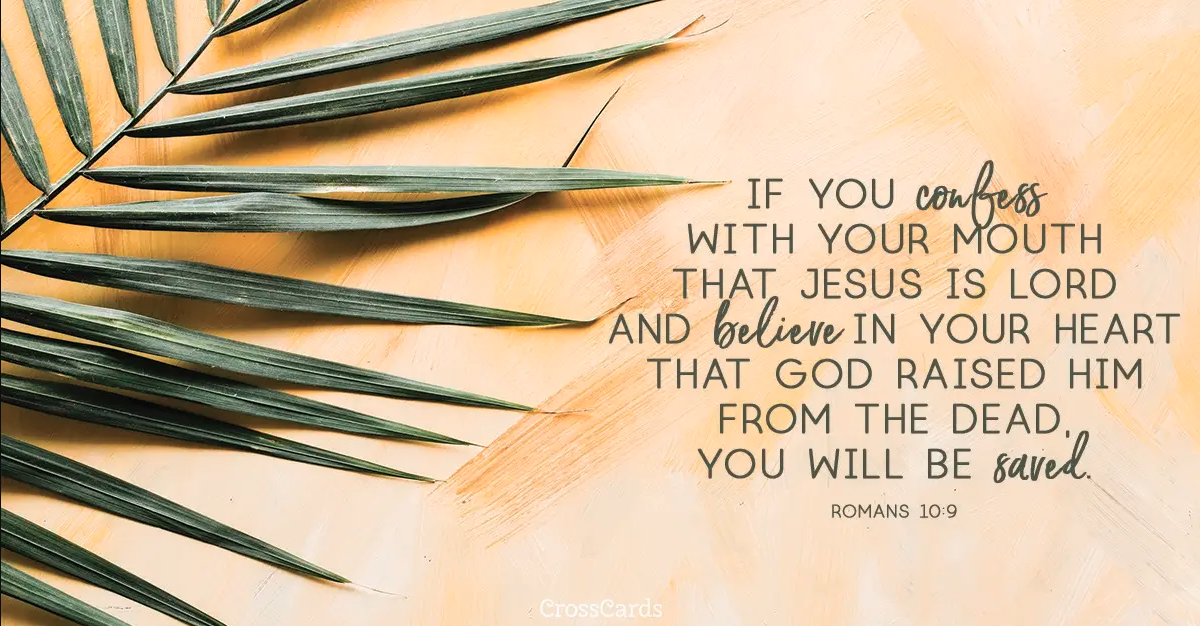 "He has saved us and called us to a holy life—not because of anything we have done but because of his own purpose and grace. This grace was given us in Christ Jesus before the beginning of time"' - 2 Timothy 1:9

"But he said to me, “My grace is sufficient for you, for my power is made perfect in weakness.” Therefore I will boast all the more gladly of my weaknesses, so that the power of Christ may rest upon me." - 2 Corinthians 12:9

"For by grace you have been saved through faith. And this is not your own doing; it is the gift of God, not a result of works, so that no one may boast." -  Ephesians 2:8-9

"But he gives more grace. Therefore it says, “God opposes the proud, but gives grace to the humble.”" - James 4:6

"Let us then with confidence draw near to the throne of grace, that we may receive mercy and find grace to help in time of need." - Hebrews 4:16

"But by the grace of God I am what I am, and his grace toward me was not in vain. On the contrary, I worked harder than any of them, though it was not I, but the grace of God that is with me." - 1 Corinthians 15:10

"And from his fullness we have all received, grace upon grace." - John 1:16

"For the grace of God has been revealed, bringing salvation to all people." - Titus 2:11

"Yet God, in his grace, freely makes us right in his sight. He did this through Christ Jesus when he freed us from the penalty for our sins." Romans 3:24

"Each of you should use whatever gift you have received to serve others, as faithful stewards of God’s grace in its various forms." - 1 Peter 4:10

A Prayer for Abounding Grace

Lord, thank you for your abundant, abounding grace. Thank you that we don't have to earn a drop of the mighty river of grace that flows freely for us today. Thank you for the unexpected, unmerited favor you've showered on my life. Help me put myself in the path of your love and grace. Help me not neglect the disciplines I need to meet with you regularly and to drink from the water of life. Thank you for your rich love. Amen.

This content first appeared on Crosswalk.com and is used here with permission. To view the original visit: https://www.crosswalk.com/faith/spiritual-life/what-is-grace-1353071.html

Living in Grace - The Crosswalk Devotional - May 23