Rachel, the lovely wife of Jacob, furthered the lineage of God’s people and lived to see some of God’s promises to Abraham, Isaac, and Jacob realized. Rachel in the Bible is a quiet character who occasionally speaks her mind and sometimes acts with questionable integrity.

Rachel’s beauty overwhelms Jacob when he arrives at Rachel’s father’s compound, where he had fled to avoid being killed by his brother Esau after Jacob cheats Esau out of his birthright. Jacob takes Rachel as his wife, though Rachel is his first cousin. Their marriage is complicated and troubled.

Who Was Rachel in the Bible?

The daughter of Laban, Rachel works for the family as a shepherdess before becoming Jacob’s second wife. Rachel is Jacob’s second wife—though strongly desired by Jacob before he is married—after Laban tricks Jacob, himself a champion trickster, by switching Leah for Rachel on their wedding night. Laban, his new father-in-law, tells Jacob the next morning that he switched his daughters as brides because it is traditional for an older daughter to wed before a younger daughter. Jacob had labored seven years for Laban’s first daughter Leah; Jacob worked an additional seven years to wed Rachel, his true love.

Rachel’s union with Jacob and place in their extended family does not bring her joy. Women in ancient Israel did not exercise much control over their lives and Laban did not respect his daughters’ or Jacob’s love interest, creating a dysfunctional family dynamic.

What Was Rachel Known For?

First and foremost, Rachel is recognized as a beautiful young woman…Rachel was lovely in form, and beautiful. Jacob was in love with Rachel (Genesis 29:17-18).  Her blessing of a lovely body did not prevent her from having other problems. She was “barren” while she watched her sister-bride Leah bear four sons for Jacob. Rachel blames Jacob for her barrenness: “Give me children, or I’ll die!” Jacob replies that God is in charge of blessing a marriage with children (Genesis 30:1-2).

Rachel is also a cunning woman. In desperation to produce a child, she gets a mandrake plant from Leah’s oldest son to boost her fertility. In exchange for the mandrake, Rachel gives Leah permission to sleep with Jacob again. After Leah bears her sixth son and a daughter, Rachel gives birth to Joseph. Rachel says, God has taken away my disgrace” (Genesis 31:23). A Hebrew woman’s value was at that time was connected to her ability to produce offspring.

Meanwhile, Jacob falls out of favor with Laban after culling goats from Laban’s flocks with breeding techniques beyond what Laban allowed. An angel of God tells Jacob and Rachel to return to their homeland for safety and success.

Before leaving, Rachel loots her father Laban’s home, taking his “household gods.” Rachel and Leah appear to have disdain for their father as they prepare to leave his home. Rachel says, “Do we still have any share in the inheritance of our father’s estate? Does he not regard us as foreigners? Not only has he sold us, but he has used up what was paid for us (Genesis 31:14). This declaration reveals the daughters’ selfish, disloyal spirits. The comment and actions of Laban, however, reveal that women were property to their father and husband, much like livestock or grain.

Rachel’s envy of Leah as the first wife and fertile mother appears to make Rachel a miserable person. She occasionally lashes out with snide comments to Jacob, such as “Surely all the wealth that God took away from our father belongs to us and our children. So do whatever God has told you” (Genesis 31:15). Rachel turns her back on her father Laban and travels with Jacob to his homeland, an ill-fated journey for her.

Rachel’s request for another son from God results in her second son Benjamin’s birth. His birth is very difficult for Rachel, and she dies as her son is born. Jacob erects a pillar in her honor at her burial site on the side of a road leading to Bethlehem (Genesis 35:16-20).

Why Did Rachel and Leah Have a Strained Relationship as Sisters?

Rachel says, “I have had a great struggle with my sister, and I have won” when a surrogate mother/maidservant to Rachel bears a son, and Rachel names the baby according to this sentiment. Rachel deeply resents her older sister Leah as the first wife and is jealous of her ability to bear numerous sons.

Leah, on the other hand, keeps hoping and believing that Jacob will love more her as she bears many children for him. The back story may include Jacob’s increased love for Leah, but it sounds as though Rachel always has the upper hand in this family with two wives and maidservants acting as concubines. Leah would naturally be jealous of the love and attention Jacob paid to Rachel. There were probably many small privileges that Rachel enjoyed as top woman and wife, which Leah did not receive because Jacob’s …love for Rachel was greater than his love for Leah” (Genesis 29:30).

An article in Bible Study Tools on Rachel in the Bible reads, “Watching other women being pursued, taken care of, and loved by a man that is the physical manifestation of love here on earth can be hard.” Leah pined away, wanting attention from her husband who was deeply in love with her younger sister. Even being the first wife of Jacob and producing many children did not make Leah the number one wife in importance to Jacob, although Leah was most likely respected in her community of Hebrews. She is notably the mother of Judah, first in the royal lineage of King David, King Solomon, ending with Jesus. Rachel was no doubt jealous of the high status of her sister Leah in the nation of Israel.

What Can We Learn from Rachel in the Bible?

Though Rachel and Jacob are madly in love upon first meeting, their marriage is full of challenges from inside and outside the relationship.

Life is full of surprises

Laban tricks his son-in-law Jacob into marriages with both of his daughters by switching them on their wedding night. Jacob has to work twice as long to win the woman he desires.

Rachel has fertility problems for many years. This is particularly frustrating because God promised Jacob he would continue and prosper the nation of God’s chosen people, begun with his grandfather Abraham and carried into the next generation with Jacob’s father Isaac. Rachel would feel personal unhappiness and community grief over her inability to bear children early in her marriage.

Children are one of life’s richest blessings

I imagine households and fields full of boys and a girl playing and working for their family. Leah, Rachel, and the maidservants would have enjoyed the children very much. Leah’s fourth son is part of Jesus’ ancestry, detailed in Matthew 1.

God looks out for those troubled and sorrowful

Despite a troubled family situation, including a deceitful father-in-law and devious husband, Rachel does have her heart’s desire for a time—a family with children and security.

God works his way through Rachel’s son Joseph, who is raised in the pharaoh’s palace and changes the course of Jewish history. The circumstances of Rachel’s life play a large part in God’s plan for His people. 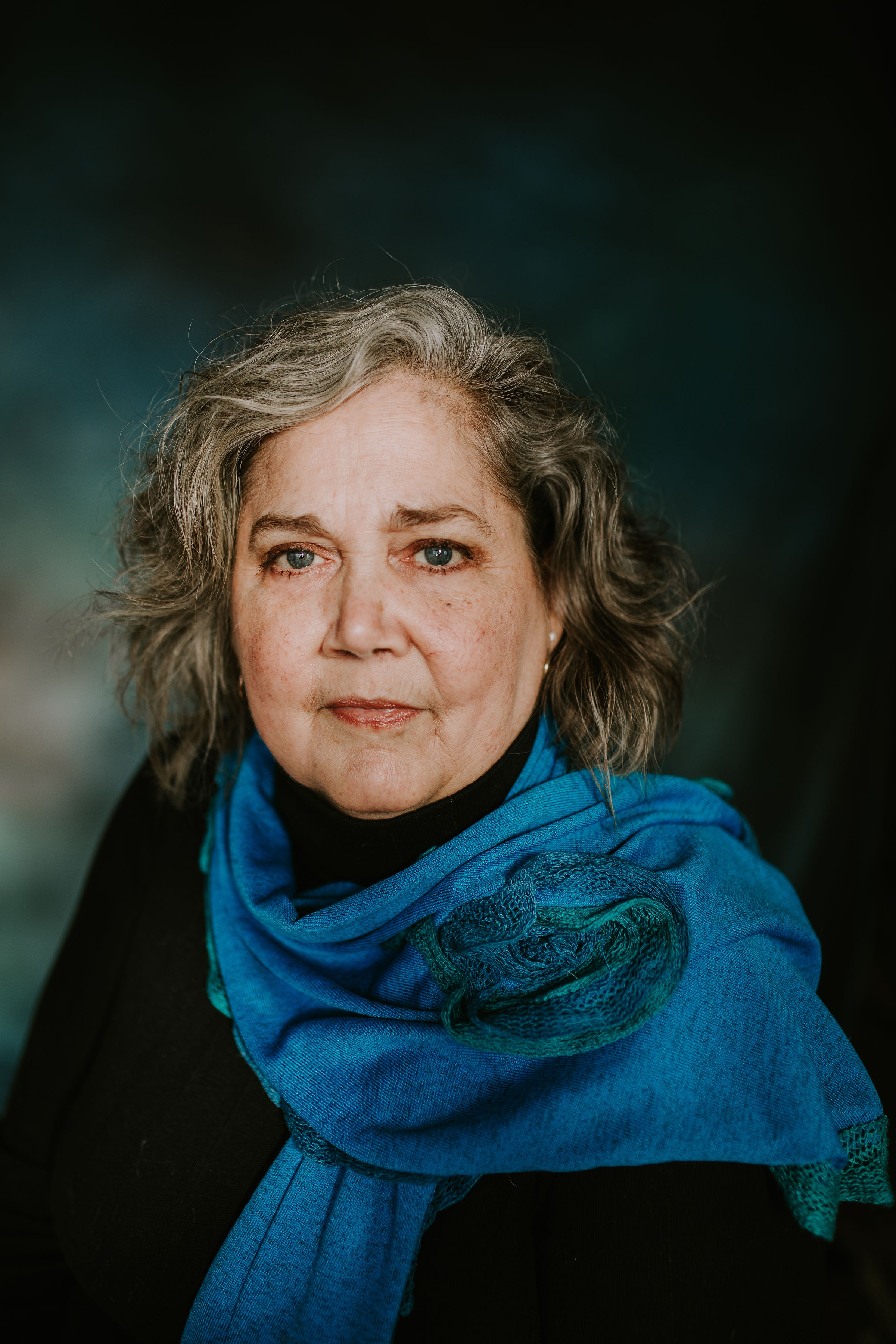 Betty Dunn hopes her articles in Crosswalk.com help you hold hands with God, a theme in her self-published memoir Medusa. A former high school English teacher and editor, she works on writing projects from her home in West Michigan, where she enjoys woods, water, pets, and family. Check out her blog at Betty by Elizabeth Dunning and her website, www.elizabethdunning-wix.com.

This article is part of our People from the Bible Series featuring the most well-known historical names and figures from Scripture. We have compiled these articles to help you study those whom God chose to set before us as examples in His Word. May their lives and walks with God strengthen your faith and encourage your soul.

This content first appeared on BibleStudyTools.com and is used here with permission. To view the original visit: https://www.biblestudytools.com/bible-study/topical-studies/beautiful-lessons-from-the-life-of-rachel-in-the-bible.html